The Australian federal government is considering banning plastic bags in Australia for environmental reasons. There have also been proposals to charge for use of plastic bags in other countries. As citizens and part of society, it is up to us to take a stand on this topic and call out the government if we disagree with their opinion. Though forcing a nation to cease production of plastic bags may be semi-beneficial to the environment, plastic bags have so many practical uses and should therefore not be banned or discouraged from using through ridiculous fines. Plastic bags have been around since 1977, whenever they were first introduced to supermarkets. Ever since then, civilization has relied on these bags to not only act as shopping containers but also as bin liners, lunch carriers, newspaper containers, dog feces holders, etc. Eliminating plastic bags would be eliminating a revolutionary product that has been produced for almost forty years. In fact, in 2002 four to five trillion plastic bags were produced globally; the plastic bag industry makes up a whole part of the global economy. I understand that in some places plastic bags clog the streets and drains, but we don’t live in a perfect world and the fact of the matter is, people are imperfect and are going to pollute the environment no matter what you do to try and stop it. Honestly, there is no real practical or sustainable replacement for plastic bags in today’s modern world; both paper and cloth are both environmentally hazardous and would clog up our waterways also. Though ceasing plastic bag production might save some of the plastic produced, we would just switch over to an environmentally unfriendly replacement like paper or cloth. I do not in any way enjoy watching Mother Nature’s beautiful home become ridden with plastic bags, but I believe that banning the production of plastic bags as a whole would just be a temporary fix, and not even a good temporary fix at that. As I say with all of my posts, I encourage you to call me out if you think I’m wrong or write reasons you agree with me in the comments section below. This is NextGeneration signing out.

Today NextGeneration attempts to answer the question very common among young liberals, “Can alternative forms of energy effectively replace fossil fuels?” Now before I start this very controversial post, I encourage you to express your beliefs about this topic whether it be for or against my side in the comments section below. As part of civilization, it is our duty to help make this decision and follow it through, as it’s concerned with not only our lifestyle, but also our economy and the future of society. To start off, I would like to say that I believe in the future of renewable energy; with enough research and experimentation, I think that someday it will be a valid option as opposed to traditional fossil fuels. Fossil fuels are unsustainable, environmentally hazardous, and the main cause of global warming. However, the question was not how environmentally friendly is alternative energy compared to fossil fuels but rather can it efficiently replace fossil fuels in the modern world. According to a recent study done, civilization needs to make leaps and bounds in technology in order for renewable energy to make up even a small amount of the energy that fossil fuels provide us with. Though using sustainable forms of energy could decrease our reliance on other countries for energy sources, by wiping out the business of fossil fuels we are depriving millions of people of job opportunities, especially in my home state of Texas. In principle, fossil fuels will be available for hundreds of years to come, be made more efficient by technological growth, and remains/will remain the most sensible economic choice and will therefore have no need for alternative energy to act as a replacement. 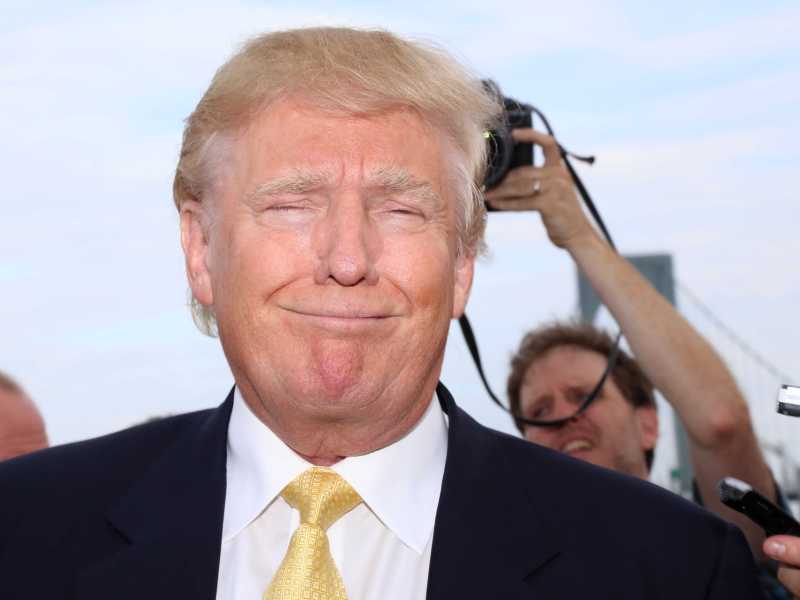 As further evidence of how screwed up the political system is in that we can allow a man like Donald Trump to run for president as the republican nominee, I wish to disclose is all too real views on climate change. In a Clinton foreign policy speech on June 2, 2016, Hillary reminded supporters of some of the controversial things opponent Donald Trump has said throughout the race, because criticizing republican candidates is completely relevant to foreign policy. Among those ridiculously messed up statements was a tweet Trump had posted claiming that global warming was a “hoax created by and for the Chinese in order to make U.S. manufacturing non-competitive.” Yes, I repeat a “hoax created by and for the Chinese.” As if this wasn’t bad enough already, Trump progressed to call climate change “just a very, very expensive form of tax.” I would like to pause for a moment to comment on the absurdity of this statement. Global warming is a very real issue concerning changes in the climates of areas across the world as a result of carbon dioxide cutting a hole in the ozone layer of the atmosphere which provides us with protection from the Sun’s harmful rays. Apparently, someone needs to explain this to Donald Trump who denies that  climate change is even a valid problem and to make matters worse, goes so far as to blame it on the Chinese! What has this nation come to that we can allow someone with such a screwed up mindset to possibly call himself president come 2017? Embarrassed for the republican party and the next generation as a whole, this is ByTeens4Teens signing out.

2Swag4U posted “should animals be used for scientific or commercial testing?” This is a hot debate that has raged for decades and has become very controversial among society. In this post I intend to discuss my personal beliefs about this topic, but if anyone disagrees feel free to leave it in the comments section below. Let me start off by giving you a little  bit of history on how this issue arose in the first place. In 1960’s, a growing concern was risen after numerous reported thefts of dogs and cats for use in research institutions without any response from the government to solve this problem. Finally, in 1966, the Laboratory Animal Welfare Act was established which basically regulated how  dogs, cats, monkeys, guinea pigs, hamsters, and rabbits are obtained and maintained in research facilities. However, the act did not govern how animals are used for research purposes, giving rise to the question, “should animals be used for testing at all?” I happen to believe that despite some cases of poor treatment of animals, animal testing does a lot more good than harm, especially whenever it comes to scientific research. Think of the millions of different medicines and vaccines in our world today that can cure anything from a headache to polio. Animals are great test subjects for many of the medicines and give us a good estimate of how a human body would respond to the drug. Think of it this way, would you rather go without a medicine that could potentially save thousands of people’s lives or harm a few rabbits in the process of creating a life-changing vaccine? If you have a differing view or another way animal testing is beneficial to society, leave a reply below. 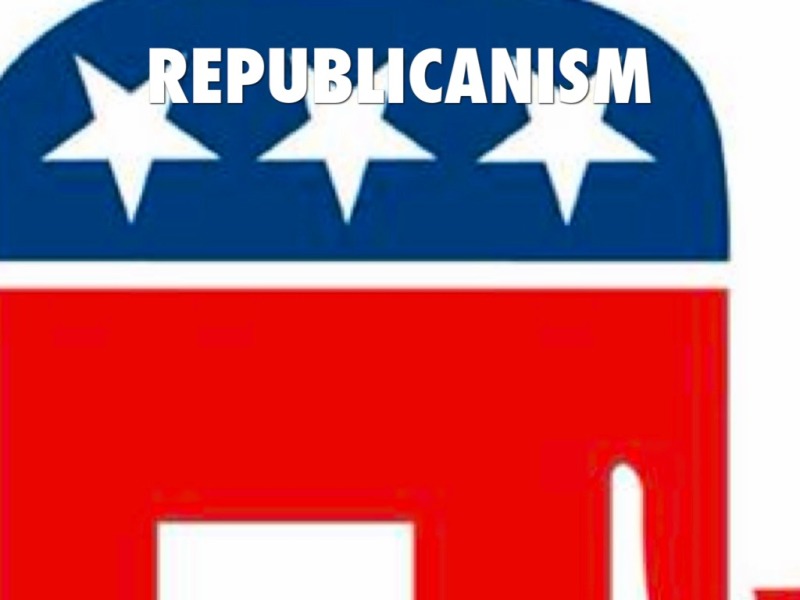 Gjcool posted “with all the presidential drama going on right now, could you do a post on republicanism?” In response, I wrote this post that expresses the views of the Republican Party (also known as the GOP) and how we can act on them. Republicanism represents a political party that generally stands for a lesser role of government in our lives. The GOP encourages lower taxes to safeguard the financial health of citizens and the country. The Republican Party also stands for a smaller government through the privatization or transition of government jobs back to the private sector in order to lower taxes. Encouraging the growth of business (especially small businesses) by ceasing all unnecessary regulations that slow the growth of business is another important block that makes up republicanism. To name a few more ideals, the GOP pushes for the sanctity of human life, the right to keep and bear arms, safeguarding religious liberties, equal treatment for all people, freedom of the speech and press, and a strong and agile military that seeks out and destroys terrorist groups. Some service projects that represent republican values include supporting the troops to strengthen the military, community service to push for equal treatment of all people, and project wounded soldier to allow soldiers in our military to contact their families at home. Though now all republicanism means to people is Donald Trump and the corrupt political system, remember the morals its truly based on and strive to act upon them in your life. That is republicanism.

Throughout all of history, the young people of the world have been looked down on because of their age and alleged “lack of knowledge.” This blog exists to prove those old-fashioned thinkers and their discriminatory ways wrong. Teenagers have strong views and passion to express those views to the world; now’s the time to convince society that teens play an equally important role in civilization. I will be frequently posting my views and passions on this blog, and if you have a subject for me to discuss leave it in the comments section and I’ll be sure to get to it ASAP.

This is a text widget, which allows you to add text or HTML to your sidebar. You can use them to display text, links, images, HTML, or a combination of these. Edit them in the Widget section of the Customizer.